The Origin of Amber 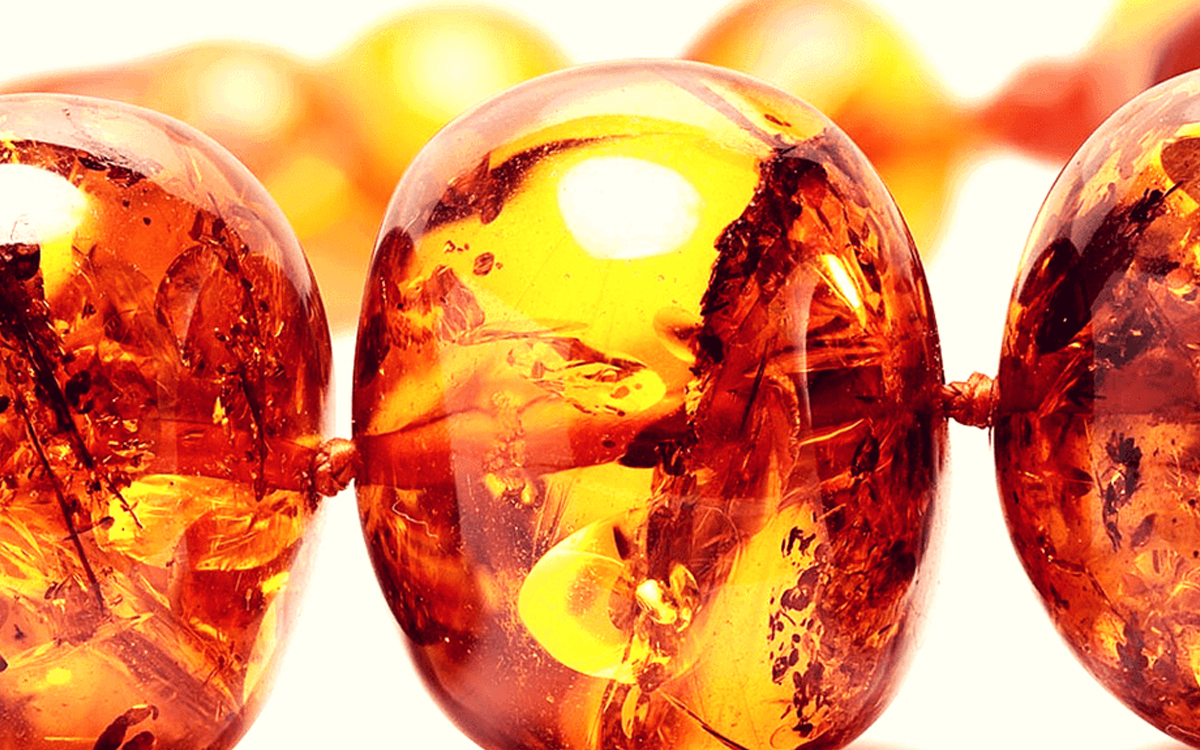 The short answer would be – it’s a fossilized resin that came from now-extinct trees. But if you want a full explanation, it is agreed that the resin of those now-extinct trees must have functioned in the way or similar way to the resin that resides in conifers. In other words, most likely it acted as a sealant, and streaming down the trunk of a tree protected the tree from dangerous bacteria, fungus, and other threats. If we were to compare a tree to a human, the trunk would its epidermis while the resin would be a band-aid.

How did amber get here?

There are two possibilities of how resin became the amber that we know and love. The most common theory is that the amber fell when a tree got injured and got buried under the earth where through millions of years the pressure turned it into a dense and hard substance we currently know as amber. Another theory is that when these now-extinct trees decayed and decomposed, they left their sap behind which through millions of years hardened into amber. As you say, these two theories are incredibly similar, and it is hard to say which one is the truth.

Is amber a fossil?

Yes, in a way it is. The origins of amber go back as far as 95 million years back. The majority of amber found nowadays is between 30 and 95 million years old. Younger resin is usually softer is called “copal”.

You may have noticed that some amber stones contain animals or plants. This is because when the resin slowly streamed down the trunk of a tree and fell, some animals would get stuck in it. Resin is sticky and viscous; thus, a trapped animal had no way to escape and eventually solidified together with the resin. In this way, these insects and other animals have been perfectly preserved for millions of years. This is very important to scientists as some animals found in the amber are already extinct. Nowadays there are ways to carefully remove the animals from the stone and inspect them. This allows the scientists to have a better understanding of life millions of years ago and compare it to life today.

The name Baltic amber is given to the amber that is found in the land around the Baltic Sea. It is estimated that there are hundreds of thousands of tons of amber in this region. Moreover, 90% of all amber in the world comes from Kaliningrad Oblast which is a small federal subject of Russia and is located on the coast of the Baltic Sea.

The main difference between Baltic amber and amber found in other regions is the composition. The Baltic amber contains up to 8% succinic acid. Due to this reason, Baltic amber sometimes is called “succinite”. The chemical composition of this acid gives amber anti-inflammatory and other healing qualities.

Amber has been used in many ways. Of course, first of all, it has always been used as a decoration. In 1701 based on the orders of Frederick I of Prussia “amber room” was built. Wall panels of the room were outfitted with amber mosaics and other ornaments. Later these panels were used in King’s abode. Afterward, they were given as a gift to Peter the Great in Russia.

Naturally, jewelry made from amber has always been fashionable and remains such even today. People use amber beads to make necklaces, bracelets, and other pieces of jewelry.

The ancient Greeks and other Europeans used amber as medicine. It is no surprise given the fact that it provides many benefits by simply being in contact with human skin. That is why many people even today seek amber for its natural analgesic and anti-inflammatory qualities.

Back in the 19th-century amber was used even for smoking devices, such as tobacco pipes. Amber mouthpieces for tobacco pipes were incredibly popular at the time.

Amber is a multi-functional gemstone that has an incredibly interesting past. But that is not all. It also serves as a relic of ancient times and long-gone civilizations. Moreover, it helps scientists and archaeologists to uncover the hidden secrets of the past as well as to figure out how to get to this point. Furthermore, it has a lot of healing properties that are still sought after even today.

Amber is an amazing gemstone. It looks beautiful, came from ancient civilizations, and contains properties that help both adults and children. You can even say that it’s a natural wonder.